Giraffes are Earth’s tallest living mammals and specialize in browsing leaves and flowers from the tops of trees. Newborns may weigh over 100 pounds and stand 6 feet tall at birth.

Abu, Etana and Isooba are currently acclimating to their new habitat in the all-new African Savanna, so their visibility may be subject to change. This process takes time, so thank you for your patience as we help our bachelor herd get comfortable in their new environment. 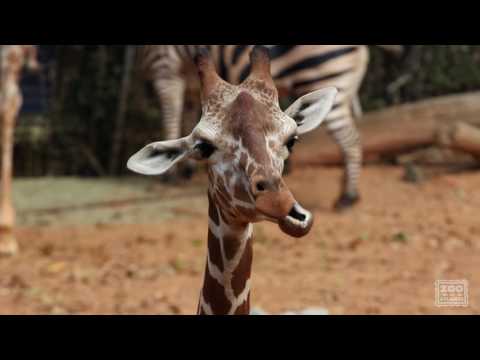 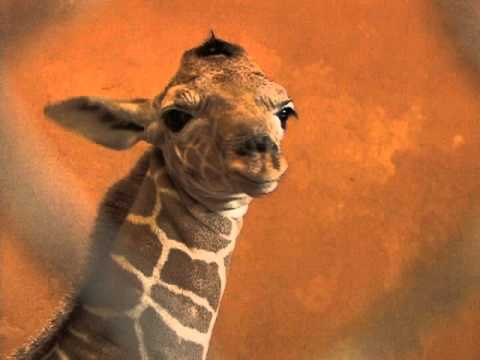 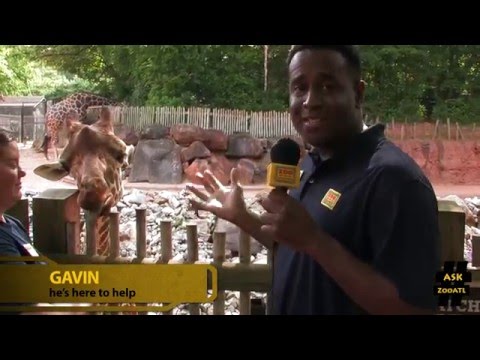 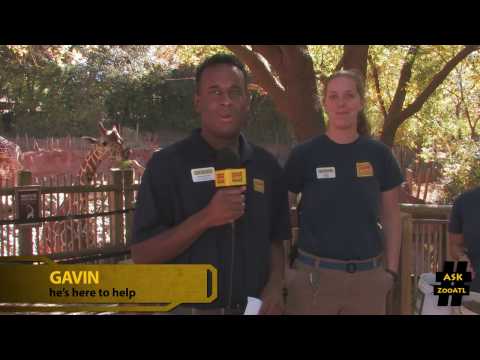 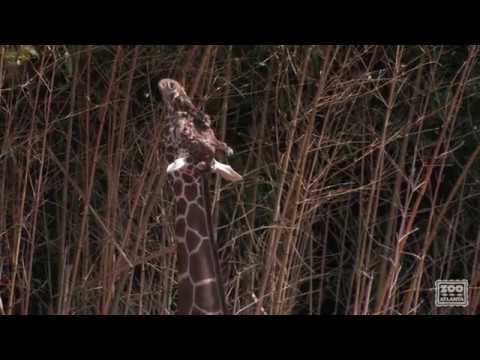 Few other animals are as instantly recognizable as the giraffe. Giraffes are the tallest land animals in the world. Giraffes produce vocalizations such as alarm snorts, moaning, snoring, hissing, and flute-like sounds have been reported. Additionally, giraffes, like elephants, are known to communicate infrasonically using frequencies too low to be detected by the human ear. Giraffes live in loose herds of 10 to 20 individuals. Herds can be composed of either gender of all ages. Predators, including lions, may rarely be able to take down an adult giraffe. In addition to their height and size, their defensive kicks are capable of maiming or killing any would-be predator.

Giraffes have the same number of vertebrae in their necks (seven) as humans do. Mature males and females have skin-covered bony projections on their heads called ossicones. Giraffes have very large hearts, capable of generating blood flow to their brains. Giraffe have specialized elastic blood vessels and valves in the veins in the neck, called the “wonder net,” that act as pooling areas to control the rush of blood to the head when the giraffe lowers its head below the heart to drink or for a short rest (usually one to two minutes at a time.) It also keeps the blood from pooling in their bodies when they are standing upright.

Mating occurs year-round, peaking during the rainy season. Males, or bulls, reach maturity at 3 years old. Females, or cows, may reproduce when they are 3 to 4 years old.

The gestation period is about 15–16 months. Cows give birth standing up, usually to a single calf. Newborns weigh 100 to 200 pounds and are about 6 feet tall. The calves can walk within an hour or so of birth and will nurse for six to 13 months, although they begin consuming solid foods well before that time.

Giraffes form herds and, within a herd, females with offspring will cooperate in their protection. Four or five females will leave their young together in a group called a crèche, and individual females will rotate shifts all day to protect, but not nurse, the youngsters in the crèche while the others go off to browse.

Abu, Etana and Isooba are currently acclimating to their new habitat in the all-new African Savanna, so their visibility may be subject to change. This process takes time, so thank you for your patience as we help our bachelor herd get comfortable in their new environment.

Giraffes occur in scattered areas across central and southern Africa.

Giraffes live in savannas with plenty of trees upon which to browse, and their searches for food can lead them across very large areas of land.

As strict herbivores, giraffes feed almost exclusively on trees, with young leaves on various species of acacia trees being a staple in their diet. At the Zoo, we offer alfalfa hay, grains, produce and browse from trees.

Natural behaviors for giraffes including stretching to reach the very highest branches of trees with new growth. They also regularly rub their necks on trees and on one another. Our enrichment programs at the Zoo focus on encouraging these behaviors, so you will see their food suspended high above the ground. We also offer durable objects for the giraffes to explore and use for scratching.

The Zoo Atlanta community is saddened to share that Abu the giraffe has died. At 16, Abu was the oldest...
Read More

Stand tall! Join us to celebrate the longest-necked animal on the longest day of the year (or longest night depending...
Read More

Abu was dominant and headstrong. He arrived at Zoo Atlanta in 2006. In 2010, he became the father of the...
Read More