Meerkats are well-known to most people who enjoy animals because of their charismatic postures and social activities. They live in highly social groups, foraging together and dividing labor across the group, with one of the most important tasks being the lookout guard who will be vigilant to detect threats and alert the others.

The meerkats are in a new habitat in the all-new African Savanna. 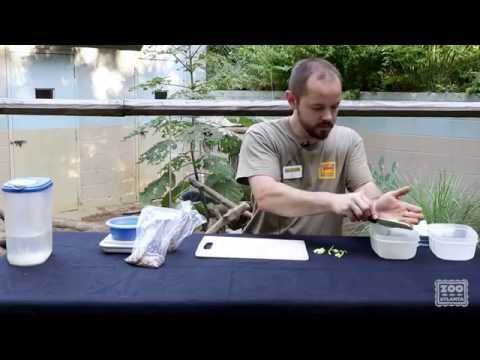 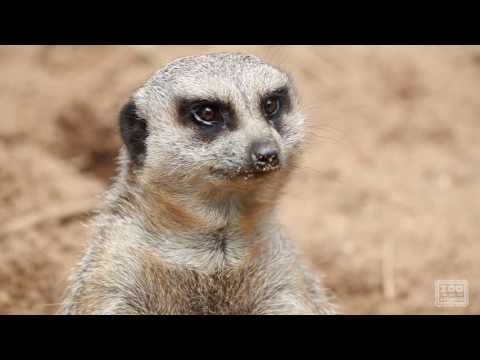 Slender-tailed meerkats are very social animals. They live in territorial groups called mobs, which can consist of up to three family groups and 10 to 30 individuals. Each family group is made up of a breeding pair and their offspring. Groups do not intermingle much, and rivalry and aggression between groups can result. Group life is an advantage for meerkats. One member will act as a lookout and sound an alarm by giving a distinct bark, and other members will respond appropriately. Mobs will also cooperate to forage for food throughout the day. Their predators include birds of prey such as eagles and hawks, terrestrial carnivores, and snakes.

Slender-tailed meerkats can be grey, tan, or brown in color, with color varying based on geographic location. Lengths range from 17 to 24 inches, with 20 inches as the average length including the tail. The average weight for an adult is about one and a half pounds.

The tail is thin and has a characteristic black tip. There are distinctive dark patches over the eyes. These patches are thought to help absorb some of the desert sun, just as a football quarterback may put black marks below the eyes. The foreclaws are large and used for digging and burrowing.

Meerkats are diurnal animals that return to their burrows at night for shelter from nocturnal predators.

Slender-tailed meerkats are sexually mature at about one year. Females are ready to breed at about 24 months. They reproduce and have offspring throughout the year; however, most litters are born during the warmer, rainy season of August through March. Gestation is about three months, and the average litter size is three.

Young are born altricial, with eyes and ears closed, and are very dependent on their mothers. Fathers take an active role in guarding the young. Non-breeding members of the group also help care for offspring by guarding, provisioning, and playing with the young. The young are weaned at about 1.5 to 2 months old. Adult males will leave their groups when sexually mature and try to take over or join other mobs.

The meerkats are in a new habitat in the all-new African Savanna.

Slender-tailed meerkats live across southern Africa, including the Kalahari Desert.

In the wild, meerkats forage for insects, spiders, scorpions and small vertebrates including snakes, as well as eggs, leaves and fruits. At the Zoo, we offer them nutritionally balanced pre-prepared diet mixes and biscuits, as well as celery, carrots, romaine, oatmeal, dog food, crickets, mealworms, and meat.

Welcome Chica and Spot the meerkats!

Learn more on about our mob of meerkats with fun facts on their diet, behaviors and more!
Read More